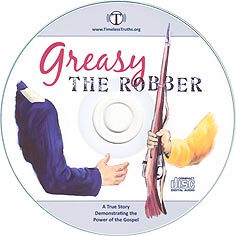 A True Story Demonstrating the Power of the Gospel

"He fainted, and wished in himself to die, and said, It is better for me to die than to live." —Jonah 4:8

The nickname "Greasy" was given to Paul when he was but eight years old under special circumstances that will be mentioned later. His real family name was Tichomirow. He was the son of a farmer from one of the poorest villages in the Government of Mogilev. The family consisted of the father, the mother, and two children—ten-year-old Shura (Alexandra) and eight-year-old Pasha (Paul). They lived peacefully, were religious in the orthodox way, and enjoyed the respect not only of the inhabitants of their own village, but of those of all the district.