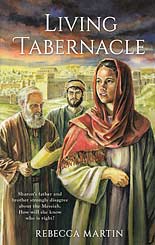 Sequel to Fountain of Life; also available as a set.

But her brother Adam said, "I'd advise you not to let Father influence you so much."

Father warns that Jerusalem and its temple are destined for destruction. Adam declares that God will never let His temple fall. He believes God will soon destroy Roman rule and restore true Temple worship once more.

Is Adam right? Or does Father speak truth when he says that believers are now God's living tabernacle?

Set in the time of the apostles, this story vividly portrays both the turmoil and the deep peace devout Jews experienced as they grappled with the reality of Jesus the Messiah.