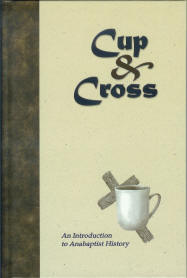 In the European Reformation of the 1500s, Luther, Zwingli, and others like them led out in a major separation from the Catholic Church. During this period a smaller group arose that did not agree with either the Catholics or the Reformers. They were called the Anabaptists.

To be a member of the Catholic or Reformed Churches in those days, one simply needed to partake of the sacraments, say the right things, and perform the correct motions. But the Anabaptists were different: they put New Testament doctrine into actual practice. They believed Gods Word in their hearts and followed Christ in daily life. They focused on discipleship and brotherhood, not theology and organization. They were willing to die for their beliefs, and they did. Thousands of them were killed. Others lay in dungeons for years. All of them lived under the constant shadow of arrest and high fines. They carried the pressing cross of Christ, and drank from the bitter cup of suffering. But Almighty God sheltered them in His hand and led them.